A sermon for Pentecost—just days after George Floyd's murder. 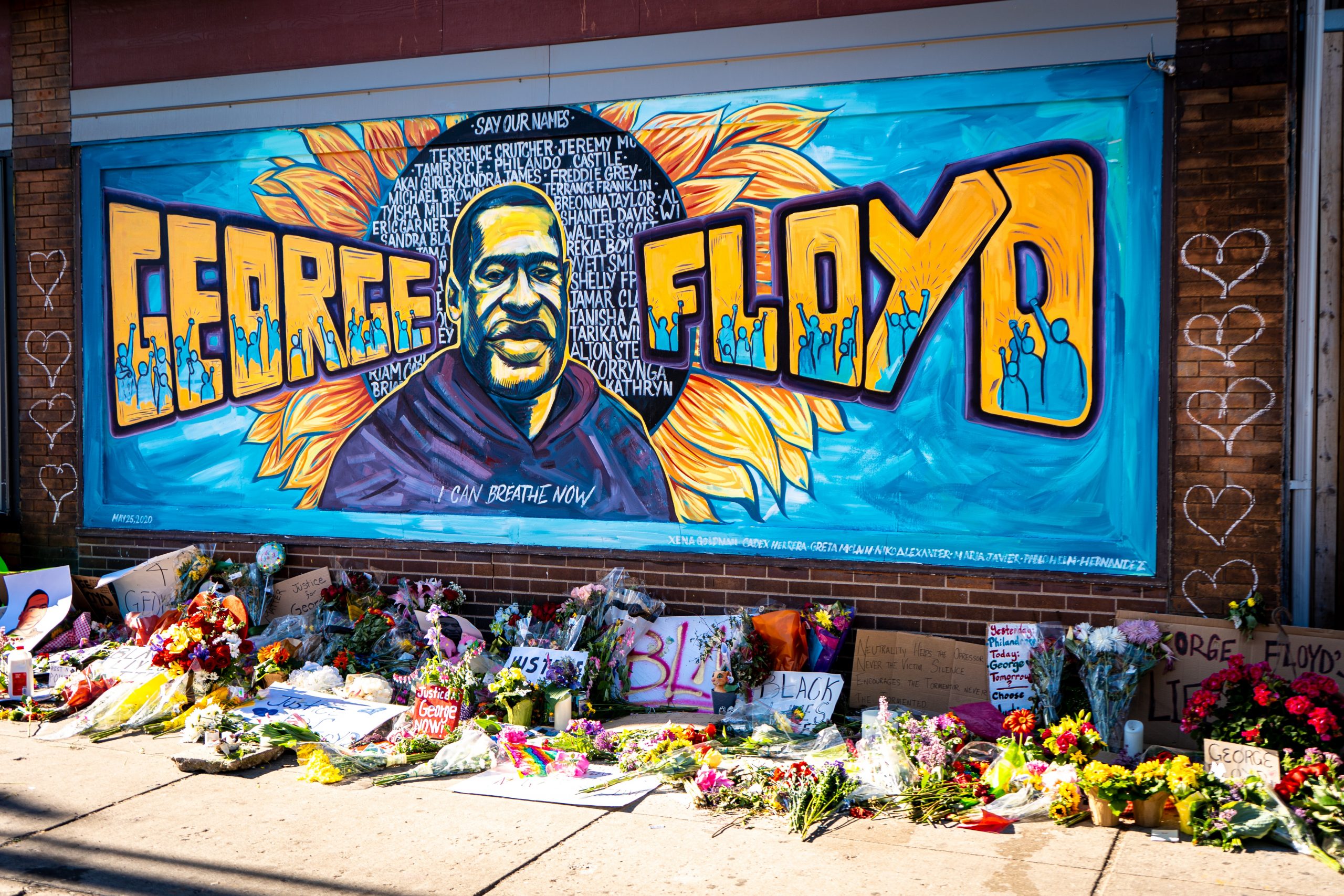 Is it just me or have the past few days been about little else than breath and fire?

Or, rather, it was choked out of him before the eyes of the world, a man on his knees in a pose perverting the posture of prayer, taking life instead of seeking it, just the latest in the idolatrous worship of death that dates back hundreds of years, when black men and women were ripped from their homelands and families and forced serve the false gods of imperialism and industry.

Or, rather, it was robbed from him, his body going limp like so many black men before him: first on the plantation, then in the trees of the white supremacists’ lynch mobs, now at the hands of a police force sworn to serve and protect.

Or, rather, he was denied his breath, not by one man, a rotten apple in a barrel, but an entire system that has denied the breath of black and brown people for generations, lies begetting lies, stories handed down to justify mass murder: they are not like us, they are inferior, they are genetically flawed, they are are barely human, they are vermin, their breath is not as necessary as our breath.

But he was not the only one. Ahmaud Arbery and Eric Garner and Philando Castile and Tamir Rice and Michael Brown and Freddie Gray and Sandra Bland and Emmitt Till and Martin Luther King, Jr. and the 12.5 Million people abducted for the transatlantic slave trade and the four thousand lynching victims across the United States and the 1.5 million black men in prison right now, nearly 10% of the population, despite not committing crimes at statistically significant proportions greater than white people–all of them have been denied their breath, too, their lives, their dignity, their freedom–a great and terrible sin that penetrates every corner of our culture and implicates us all.

But in that moment, so did we all. That is the horrible truth at the heart of all this: when George Floyd’s breath was choked out of him, our very breath was choked out of us. And so it has always been. We have been breathing in toxic fumes for centuries, inhaling the stench of oppression and calling it freedom, and to the extent we have convinced ourselves otherwise, we have enjoyed a false peace that was only ever death in disguise.

George Floyd ran out of breath, and now my neighborhood is on fire.

I don’t say this as from a pedestal of self-righteous purity, because I have been breathing the same air you have. Nor do I say this from the throes of white guilt, as if somehow I can castigate myself enough to avoid accountability. I say this as one who has had to look myself in the mirror and ask: What is true? What is actually true?

My neighborhood is on fire.

I live in the Midway neighborhood of St. Paul and I’ve watched the stores I frequent, the buildings I see every day as I walk or drive past on my way to work or church or leisure, engulfed in flames of fury. And it would be easy to cast blame, to deflect responsibility, to demonize the white-hot rage sparked in the furnace of oppression, but I can’t. I can’t, because it hits too close to home. It literally is home. It’s where I’ve chosen to put down roots, to raise my children, to make friends, to invest my time and heart. It’s my neighborhood.

And my neighborhood is on fire.

So I’m telling the truth. I’m confessing. My neighborhood is on fire, not because of their evil, but mine. Ours, collectively. Is it painful to speak the truth? Yes. Is it terrifying? Yes. But we were warned this would happen. There would come a time when we all would be compelled to speak the truth, just as the prophets of the past have done, the prophets who spoke hard words, painful words, terrifying words of truths no one wanted to hear; not future predictions but faithful proclamations of justice and worship of the true and living God. There would come a time when the prophets wouldn’t be called one by one as in the past, but the entire people would be caught up as a chorus of prophetic voices, returning and repenting and telling the truth, as the prophet Joel declared and Peter recalled on that first day of Pentecost:

In the last days, God says,
I will pour out my Spirit on all people.
Your sons and daughters will prophesy,
your young men will see visions,
your old men will dream dreams.
Even on my servants, both men and women,
I will pour out my Spirit in those days,
and they will prophesy.
I will show wonders in the heavens above
and signs on the earth below,
blood and fire and billows of smoke.
The sun will be turned to darkness
and the moon to blood
before the coming of the great and glorious day of the Lord.
And everyone who calls
on the name of the Lord will be saved.

That day was Pentecost. Today. This very day.

Can you hear it? The sound of rushing wind, clearing out the fumes of death, filling our lungs with hope, glorious and clean and whole.

the breath has been returned to us that we may speak, prophesy, tell the truth–young and old, men and women–so overcome with the Spirit that it pours out of us, just as it has been poured out upon us; hard truths, painful truths, terrible truths, but because they’re true, life-giving, death-destroying, salvation-bringing truths of repentance and liberation.

We feel the winds of change upon our cheeks. Our idols are burning. Our devotion to death-in-disguise is being blown away. We will speak in language our neighbors can understand as we cry out for justice. Let there be justice! Justice for George Floyd and Ahmaud Arbery and Eric Garner and Philando Castile and Tamir Rice and Michael Brown and Freddie Gray and Sandra Bland and Emmitt Till and Martin Luther King, Jr. and the 12.5 Million people abducted for the transatlantic slave trade and the four thousand lynching victims across the United States and the 1.5 million black men in prison right now and all of us.

For God raised Jesus from the dead, freeing him from the agony of death, and it was impossible for death to keep its hold on him, just as it is for us, just as it will be for all.