To have a people you can rely on, who speak your language, who believe and practice as you do, who take care of you when you’re sick and surround you when you’re lonely—even when they do things that hurt you, too—there is nothing quite like it in the world. 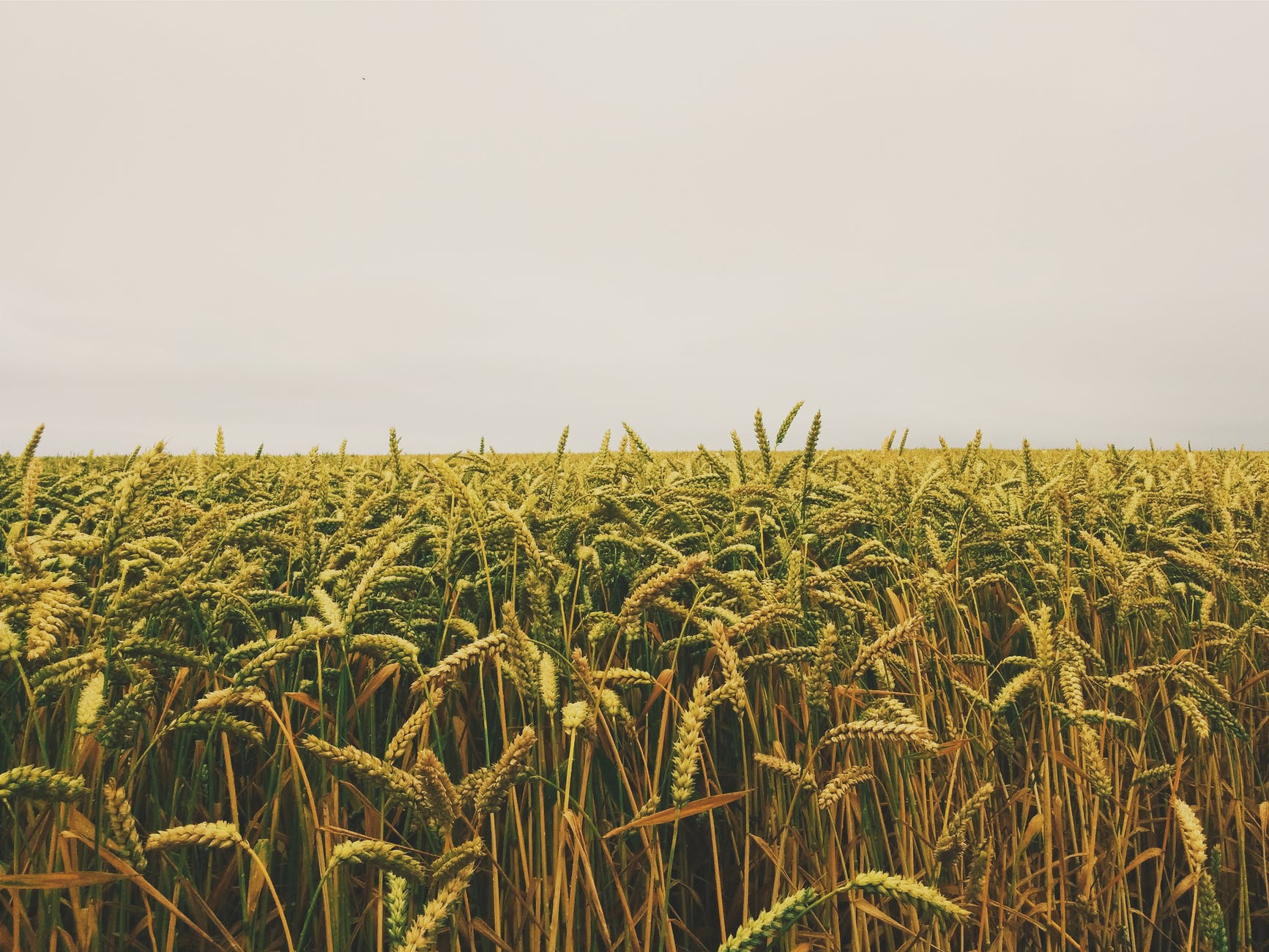 Father, Mother, help me piece together the contradictions of my life:
White cotton, red satin, brown polka dot; torn Sunday dress, Navajo rug, frayed baby blanket.
Make me insistent on every lonely shred, willing to sacrifice no one.
Where there is no pattern, God, give me courage to organize a fearsome beauty.
Where there is unraveling, let me draw broad blanket stitches of sturdy blue yarn.

Mother, Father, give me vision.
Give me strength to work hours past my daughters’ bedtime.
Give me an incandescent all-night garage with a quorum of thimble-thumbed
grandmothers sitting on borrowed folding chairs.
We will gather all the lost scraps and stitch them together;
A quilt big enough to warm all our generations: all the lost, found, rich, poor, good, bad, in, out, old, new, country, city, dusty, shiny ones;
A quilt big enough to cover all the alfalfa fields in the Great Basin.
Bigger. We are piecing together a quilt with no edges.
God, make me brave enough to love my people.
How wonderful it is to have a people to love.

This poem was written by my friend Joanna Brooks, a Mormon feminist author and scholar at San Diego State University. I’ve been thinking about it a lot lately. Pieces of the imagery haunt me, snippets here and there that transport me home. I have borrowed those folding chairs: they’re cold and hard and they have the name of the ward stamped along the bottoms but you can use them if you have a key to the church. No one minds, just get them back by Sunday morning.

I have biked through those alfalfa fields, straining into the wind, my heart pounding, my legs burning, for a moment forgetting the sinking doubt that always seemed to follow me in those days. For a moment it’s just crisp air and the sound of my breath and fields that stretch on forever.

To have a people you can rely on, who speak your language, who believe and practice as you do, who take care of you when you’re sick and surround you when you’re lonely—even when they do things that hurt you, too—there is nothing quite like it in the world. But what do you do when you begin to speak a new language, to believe and practice differently? Do you still have a people then? What happens to them? What happens to you? It seems that Paul is wrestling with some of this in Romans.

In Romans 9:2-3, Paul laments, “I have great sorrow and unceasing anguish in my heart. For I could wish that I myself were accursed and cut off from Christ for the sake of my own people, my kindred according to the flesh.”

I think I know a little of what he means. If I could stay on those borrowed folding chairs, if I could bike forever through those fields of flowing alfalfa, I would. If I could be anywhere but where I am, doing anything but what I’m doing with a call to preach Christ to folks who will probably never hear me—if it meant that I could keep my people—I would.

But I can’t, and neither could Paul. I’m not comparing myself to Paul by any stretch of the imagination (well, I guess I am a little, but I don’t mean to do it in a grandiose way), I’m just saying that I can kind of imagine what it might have been like, standing on the boundary of the world in which he was raised and the world revealed in Christ’s death and resurrection. And what a terrifying, liberating thing that must have been—to be living into a new reality and wondering what it meant for everything he’d known before.

Paul’s wrestling with the law and its meaning also resonated with me in many ways. Mormons are a people who have established their own law; their identity is largely based in practices that “set them apart” from the world. The most formative practice for Mormon identity was polygamy, but when that faded in the early 20th century, they adopted other practices to define them: no coffee, no alcohol, certain clothing requirements—the list is longer than I can possibly enumerate here. What is important is that for Mormons, the law is not just an identity marker but a savior. I was taught that we are saved by obedience to it.

But Paul’s point is that the law does not save, and that in fact, the law arouses sin—that when we are told not to covet, sin “seize[s] an opportunity in the commandment and produce[s] all kinds of covetousness” (Romans 7:8). (I can speak from experience that when the law tells you not to drink coffee, sin seizes the opportunity in the commandment and produces all kinds of espresso concoctions.) Thus, while Paul does not deny the goodness of the law itself, he argues that the law works death through sin.

Another problem with a law-based soteriology is that salvation is limited only to those who follow it—a particular challenge when the law is so very culturally-bound, as it was in ancient Judaism (and, I would argue, as it is in contemporary Mormonism, though to a much lesser extent). But Paul sees in Christ something new and radically expansive. Indeed, he discovers that it is not the law that functions as our identity marker or our savior. It is the Risen Christ who has become those things, and Christ’s identity and salvation are available to all people through faith, Jew and Gentile, Mormon and non-Mormon. “For all who are led by the Spirit of God are the children of God. … When we cry, ‘Abba! Father!’ it is that very Spirit bearing witness with our spirit that we are children of God, and if children, then heirs, heirs of God and joint heirs with Christ” (Romans 8:14-17). And again: “There is no distinction between Jew and Greek; the same Lord is Lord of all and is generous to all who call on him” (10:12).

The vexing question for Paul is why, in light of the earth-shattering revelation of God in Christ, the Jews do not convert. He searches and searches for an explanation. Perhaps it’s because they do not have an enlightened faith; they seek to establish their own righteousness through the law instead of submitting to God’s righteousness (10:2-3).  Perhaps it’s because God is using their stumbling to bring salvation to the Gentiles (11:11).

Whatever the reason, it’s complicated. Paul wants nothing more than for his people to see what God has done in Christ, but for the most part, they don’t. It would be easy to turn this into an us-vs.-them polemic, to condemn them roundly for their lack of faith, but I find it so moving that Paul continues to identify as an Israelite (11:1) and holds out hope that they will yet receive God’s mercy (11:31-32). He closes chapter 11 by acknowledging the depth of riches and wisdom of God and declaring that God’s ways are unsearchable and inscrutable. It’s almost as if, after all that, he throws up his hands and says to God, “Your move.”

I suppose I’m left in a similar place. I want nothing more than for all my people to see what God has done in Christ. Mormonism may not be the promised vehicle of blessing for the entire world, as Israel was, but it was a vehicle of blessing for me. It was the place I first encountered God. I was nurtured there, cared for there—hurt, too, yes—but I cannot deny its impact on who I have been and who I am called to be. Perhaps in some ways I will always identify as a Mormon. Perhaps I can resist us-vs.-them polemics and hold out hope that they will yet receive the fullness of God’s mercy.

God, make me brave enough to love my people. How wonderful it is to have a people to love.

Join 60 other subscribers
PrevPreviousWhat Is the Church of Jesus Christ?
NextHow to Pray in Times of DarknessNext

Be Silent, and Come Out of Them