What does it mean, in real words and in real life, when we say that we're justified by faith? 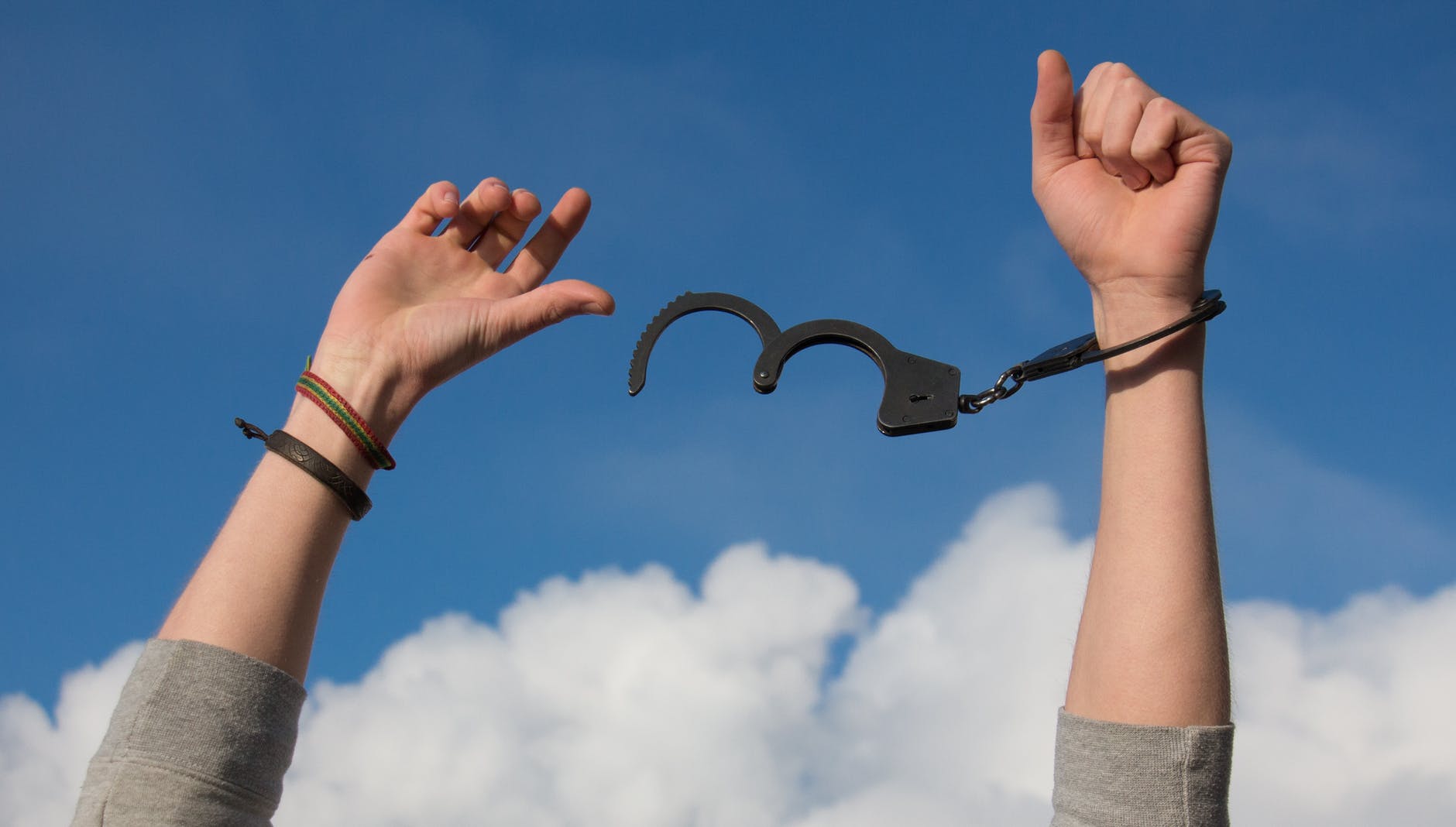 So the other day I was talking to my 14-year-old daughter about the fact that I was scheduled to preach today.

When she asked what I had to preach on, I replied, “Well, it’s Reformation Sunday, so of course I have to preach on the doctrine of justification by faith!”

And she gave me a blank stare.

And I said, “Well…it’s—you know—that thing—where you’re, like, justified and stuff? By faith and things?”

So yeah, justification by faith.

It actually, when you think about it, doesn’t sound all that appealing?

It sounds like, I don’t know, maybe it has something to do with printing margins? Or isn’t there a kind of sketchy TV show about it or something? Or a Justin Timberlake album?

It all feels pretty esoteric. It reminds me of something my dear friend and brilliant Lutheran theologian, Sarah Hinlicky Wilson, has said about justification by faith: “It’s the best thing in the worst words.”

So at the risk of being overly presumptuous, I thought, what if we could try to find some better words to talk about this best thing? It’s dangerous, I know. But if you’re game, I figured we could try to sort through all this together. Because I think maybe it doesn’t have to do with printing margins or sketchy TV shows or pop stars at all.

Maybe we can start, like all good explorations do, with a story. And since this is Reformation Day after all, let’s talk a little bit about Martin Luther.

Luther was a stressed-out dude. He was a monk in an Augustinian monastery, which was one of the most rigorous and disciplined of all monastic orders. He rose early to chant the psalms. He took vows of strict chastity and poverty. He prayed constantly, took pilgrimages, engaged in mortifications and flagellations of the flesh, sought penance, and still never found peace.

He would go to confession, day after day, painstakingly recounting every slip of the tongue—every slip of the mind—until Father Staupitz, his confessor, finally shouted at him one day, “Good heavens, man, go out for once and commit a real sin!”

Luther said of his experience: “My situation was that, although an impeccable monk, I stood before God as a sinner troubled in conscience and I had not confidence that my merit would assuage him. Therefore I did not love a just and angry God, but rather hated and murmured against him.”

This might seem pretty extreme, until we consider the ways in which Luther isn’t so different from us.

Or stressed-out workers, wondering where the next paycheck is coming from and what it says about us that we’re drowning in debt.

Or stressed-out single folks, wondering if we’ll always be so alone.

Or stressed-out secret-holders, never telling anyone that we eat too much

or drink too much

or that our marriage is falling apart

or that sometimes we want to hurt ourselves

or that no one respects us

And maybe we don’t blame God per se, but it all feels so maddeningly unfair.  Why can’t we just catch a break? Why is this all so hard? Why does it feel as if, no matter what we do, everything is so hopeless and lonely?

Why can’t we just be…okay?

So back to Luther. Luther was wrestling with this, too: this dread, this existential hatred of God and self and the world, this fundamental sense that things were not okay and would never be okay, when he stumbled upon a breakthrough that changed everything.

He was reading in Romans—which, sure, maybe that’s not the first place most of us would turn, but he was an Augustinian monk, after all—and fighting and wrestling with this word he kept encountering in the text: righteousness; which is the same root word in Greek as the other one we’ve been trying to get at today, “justify, or justification.”

In everyday words, righteousness means, essentially, being in a state of having done the right things with the right motivations.

Which is actually really hard. Sure, we’re not Augustinian monks, so no one’s expecting us to fast or recite the psalms every day, but our culture has its own expectations.

I mean, come on, be honest, do you really recycle every time you could?

Or do you wear the right clothes

or shop at the right stores

or have the right political views

or say the right words

or buy the right cars

Do you do the right things with the right motivations every time?

Then maybe you can begin to see why Luther hated that word, “righteousness,” and its cousin “justification,” so very much. It seemed to reinforce everything that stressed him out.

Because no matter what he did, he never felt as if he could get ahead. Either he fell short of doing the right things, or he did them with such resentment and anger in his heart that he knew they weren’t doing him a darn bit of good.

It’s quite a predicament—one that, if we’re honest, I think we can all kind of relate to.

So anyway, here’s Luther, angry and despairing over what feels like an impenetrable labyrinth of impossible expectations, when he fixates on this phrase in Romans that he hears over and over again: “The righteousness of God.”

At first, it seemed to be more of what he already hated. More righteousness, which he knew he didn’t have. More faith, which was slipping through his fingers.

And then, all at once, he realized something, like Inigo Montoya in the princess bride: “You keep using that word. I do not think it means what you think it means.”

Luther realized he’d been getting it all wrong.

The righteousness of God means, literally, that righteousness belongs to God, which means that righteousness is God’s, not ours. Therefore, if we are to have righteousness, it is because God has given us his righteousness as a gift. This was such a spectacular revelation that Luther wrote of it, “I felt as though I had been reborn altogether and had entered Paradise.” It was the key insight that sparked the Reformation.

I know, I know. More of those good things in terrible words. Bear with me.

The insight Luther had, the idea that changed the world, was this:

What if we just…stopped trying so hard?

We’re okay, not because we have to grit our teeth and pull ourselves up by our bootstraps to make ourselves okay, but because there’s this power—this spectacular, unbelievable, unquenchable love—that declares it.

You don’t have to earn your okayness—it’s a gift! The most powerful entity in the universe—this dance of love we call God—has given it to you! It’s yours!

And you don’t have to wait!

or you’re out of debt

or you’ve lost those pounds

or you’ve stopped drinking so much

or you’ve fixed your marriage

or you’ve gotten that promotion

or you’ve bought a new car

or you’ve reconciled with your sister

“It’s yours, just because I love you.”

What if we tried that on?

What if we wrapped it tight around us like a blanket?

What if we bathed in it like a cascade of cool water, or feasted on it like fresh, hot bread, or drank it in like the most delicious wine we’ve ever tasted?

How would it change us? To really, truly believe it? I don’t mean to mentally agree with it, as in, “Yeah, sure, sounds fine,” but to go out into the world and act as if it’s really true.

Wouldn’t that change everything?

Wouldn’t it change absolutely everything?

Wouldn’t it be easier to admit our mistakes and ask for forgiveness?

Wouldn’t it be easier to extend forgiveness to others?

Wouldn’t it be so liberating to no longer have to try so hard to do everything right in order to earn love and acceptance, because we’d know, deep down in our bones, that there is nothing in heaven or in earth or in the very depths of hell itself that can separate us from our fundamental belovedness, because the God of the universe came and found us, wherever we were, and declared it so?

And that, my friends—that imagining, that wrapping it around us, that bathing in it, that feasting on it, that drinking in the reality that God has done everything to seek us out and chase us down and give us this gift of his righteousness—is faith.

To hold on to that promise, to live in it, to be healed and transformed by it—that is what faith is.

So here we are.

Justification by faith. Righteousness through gift.

The best thing in the worst words.

God’s wholeness, God’s goodness, God’s love—it’s all yours. You can’t earn it. You can’t lose it. So go out and share it, thanks be to God.

You Will Never Wash My Feet

I Demand to Speak to the Manager of the Liturgical Calendar

Get updates about Sealed

Subscribe to receive news about the release date, events, interviews, and more.