What Makes a Saint?

A reflection on my first real All Saints' Sunday. 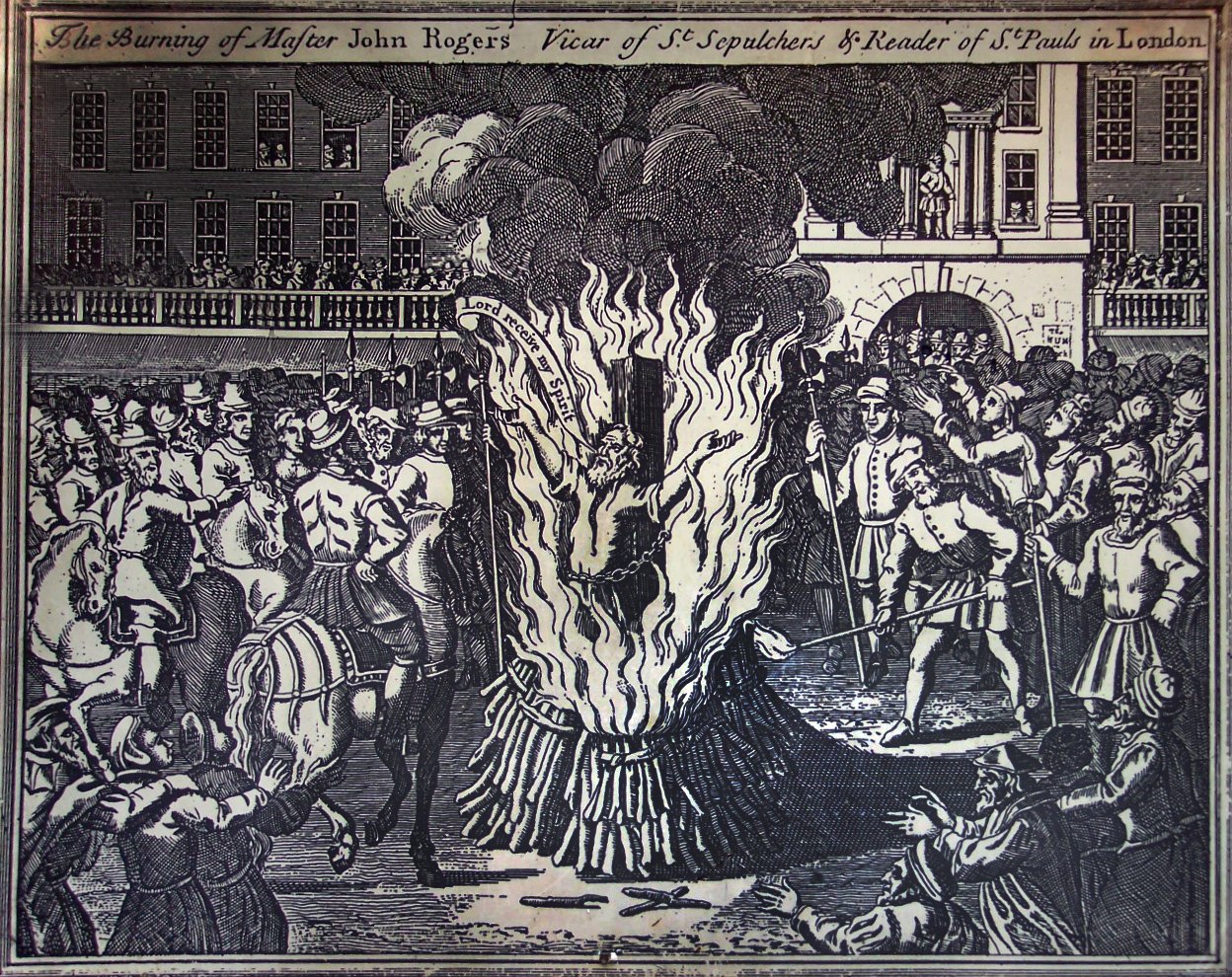 I preached this sermon at Christ the Servant Lutheran Church on November 3, 2019 for All Saints’ Day.

9 He also told this parable to some who trusted in themselves that they were righteous and regarded others with contempt: 10 “Two men went up to the temple to pray, one a Pharisee and the other a tax collector. 11 The Pharisee, standing by himself, was praying thus, ‘God, I thank you that I am not like other people: thieves, rogues, adulterers, or even like this tax collector. 12 I fast twice a week; I give a tenth of all my income.’ 13 But the tax collector, standing far off, would not even look up to heaven, but was beating his breast and saying, ‘God, be merciful to me, a sinner!’ 14 I tell you, this man went down to his home justified rather than the other; for all who exalt themselves will be humbled, but all who humble themselves will be exalted.”

Today is All Saints’ Day—and I’ve gotta admit, I don’t really know what that means.

I didn’t grow up in a tradition where All Saints’ Day was a thing.

I’d never really even heard about until I went to seminary. In fact, earlier this week, I even asked Pastor Chris and Sandy to help me understand it.

What is it? What does it mean?

They gave me some beautiful answers: All Saints Day is about our hope in Christ that all our tears will be wiped away, that our loved ones who have died will yet live in the promise of the resurrection that is here for all of us, that just as nothing can separate us from the love of God in Christ Jesus, nothing can separate us from one another—we are one body with one hope in one God who brings life from death.

And I thought, holy smokes, this is AWESOME!

I’ve been really missing out on this All Saints’ Day thing!

Is there an application process?

Does someone have to nominate me?

Can I set up a GoFundMe campaign, except maybe it’s a GoSaintMe?

Is there a points system?

If I get a bunch of Instagram followers, does that help me or hurt me?

Do I have to be dead first?

I mean, What makes a saint, anyway? Right?

So I started looking back at the saints of the past. You know, the ones who have feast days and stuff in the history of the church?

And there are some pretty awesome saints.

As Lutherans we don’t pray to the saints or anything, but I’m influenced by my dear friend and brilliant Lutheran theologian, Sarah Hinlicky Wilson, who is working on a book about Lutheran saints. She says, “The saints are extraordinarily evangelical”—which means they are bearers of the good news of Jesus.

She says, “They are living evidence of God’s mercy and desire to save people, they are proofs of the God of the gospel! They are guides to repentance, they are often seized by a portion of the scripture and challenge us to take Scripture with equal seriousness, they are fellow believers who point us to Christ.”

So I found one in my own history. Well, actually my mom found him when she was doing some genealogy a while back. This is my 15x great-grandfather, John Rogers.

He was an English reformer who helped William Tyndale translate the Bible into English. He actually spent a lot of time in Wittenberg, working closely with Philip Melanchthon, one of Luther’s closest friends, and almost certainly had a relationship with Martin Luther himself.

When he came back to England he was executed by Queen Mary Mary I—also known as Bloody Mary—and his story was included in Foxe’s Book of Martryrs, which chronicled the lives of many martyrs of the Protestant Reformation.

Or, I remember in my church history class learning about this guy, St. Simeon Stylites, a Syriac monk in the 4th century.

I loved him because he spent 37 years living on a stump like this.

Like, literally, he never came down. Here’s a picture of it, though it now has a boulder on top of it.

People would come up to him and ask him questions and he had all these wise spiritual insights for them, because I guess living on a stump makes it so you don’t have anything else to think about besides God, so it makes you really good with theological questions?

Or of course there are all the Evangelists—

Saints Matthew, Mark, Luke, and John, to whom we owe the record we have of Jesus’ life, death, and resurrection, so that we can know in whom we put our trust.

Across all the traditions, there are more than 10,000 formally recognized saints, and there are countless others that we’ve never heard about, people who have lived beautiful and faithful lives and died in Christ, whose stories would inspire us to extraordinary lives of faith and thrill us to the bones to hear.

Okay, though, I’m going to take a little poll now:

Who else is feeling a little bummed out by all this?

Like, I’m not complaining, but we live in a country with religious freedom, and the chances are really low that I’ll be burned at the stake for my beliefs like my great-grandfather John Rogers was—thank God.

Or I’m sorry, but I’m just not willing to live on top of a stump for 37 years? That probably excludes me from sainthood, but ouch.

Or the gospels are already written, I wasn’t alive long enough ago to help put those together, so there’s no way I can get sainted by, I don’t know, writing a book of the Bible or something.

Maybe we ought to go back to today’s gospel reading.

It’s an interesting story that Jesus is telling. He’s apparently talking to people who, when you look at them, you would probably honestly mistake for saints.

They pray regularly, they worship properly, they fast, they tithe–they’re the kind of people who, if there is a Saint Points System, are almost certainly racking up the rewards.

There’s just one teensy tiny little problem, and honestly it’s so minor it’s probably not even that big a deal, I mean we all do it, right, but, well, okay, it says here that they despise all others.

I mean, look. So they despise some people. So what? They’re really good people. They do really good things. On a cosmic scale their good deeds way outweigh their bad deeds.

And so they look down on some people. Who doesn’t?

I mean, we live in the most politically polarized time in recent history. You can’t even have friends anymore if you don’t call out the other side on Twitter.

There’s us and there’s them and we’re the good ones and they’re the bad ones and that’s just how it works, right? It doesn’t make you not a saint. A saint is a person who does amazing, huge, awesome, pious things. We saw the pictures. We heard those stories.

That’s what makes a saint, right?

So there’s another guy in this story Jesus tells.

He’s a tax collector. I mean, I don’t know anyone who much loves taxes even now, but in Roman times, they were true villains. They were Jews who had betrayed their people by partnering with the empire that was occupying them—Rome—by taking money from their own people and giving it to Rome in order to enforce the oppression.

Pretty much the most corrupt job you could possibly imagine.

And so our guy, the good one, rightfully points out, “God, thank you  that I’m not like this guy.”

Because if you could imagine a perfect contrast between sinner and saint, this would be it.

And the thing that’s crazy is that both of them would agree with you.

I mean, he won’t even look up. He won’t get close to the temple—why should he, he’s not worthy to be anywhere near the presence of God—but just stands back and beats his chest and says, “God, have mercy on me, a sinner.”

This guy’s so bad he’s got negative a million Saint Points. He knows exactly what he deserves.

Which makes this next part so confusing.

Because Jesus says that this one, the bad one, the sinner, is the one who is justified before God.

What does that mean?

In other words, you might say that Jesus is claiming that he’s the saint in this story.

Is it gallant acts of faith and bravery?

Is it staring down the face of death, confident in the hope of the resurrection?

Is it living a life apart, unspotted from the world, a specimen of holiness?

But fundamentally, what makes a saint—what makes you a saint and me a saint—is this:

The unmerited mercy of God. The radical love of Christ who died for us,

NOT once we’d done something amazing,

NOT once we’d gotten our acts together,

NOT once we’d stopped lying or cheating or drinking too much or battling whatever sins might beset us,

But in the midst of all of it, God has made us holy. God has already done it. It was accomplished on the cross and in the glory of the resurrection.

The promise of the gospel is this:

God has made us saints while we were yet sinners.

And so we, confident in a God who saves, who loves, who heals, who makes us whole, can turn to Christ any moment and every moment with this prayer on our lips:

God, have mercy on me, a sinner.

Lord Jesus, have mercy on me, a sinner.

I—you—we—John Rogers, St. Simeon Stylites, Matthew, Mark, Luke, and John, those whom we love who have died in Christ, all of us—are sinners and saints both, brought into communion with one another by the grace of God, never to ever be parted.

This is the promise of All Saints’ Day—and every day.

Join 61 other subscribers
PrevPreviousHow Do We Know What We Know?
NextThe Sign: An Advent ReflectionNext

Hope, and Where to Find It